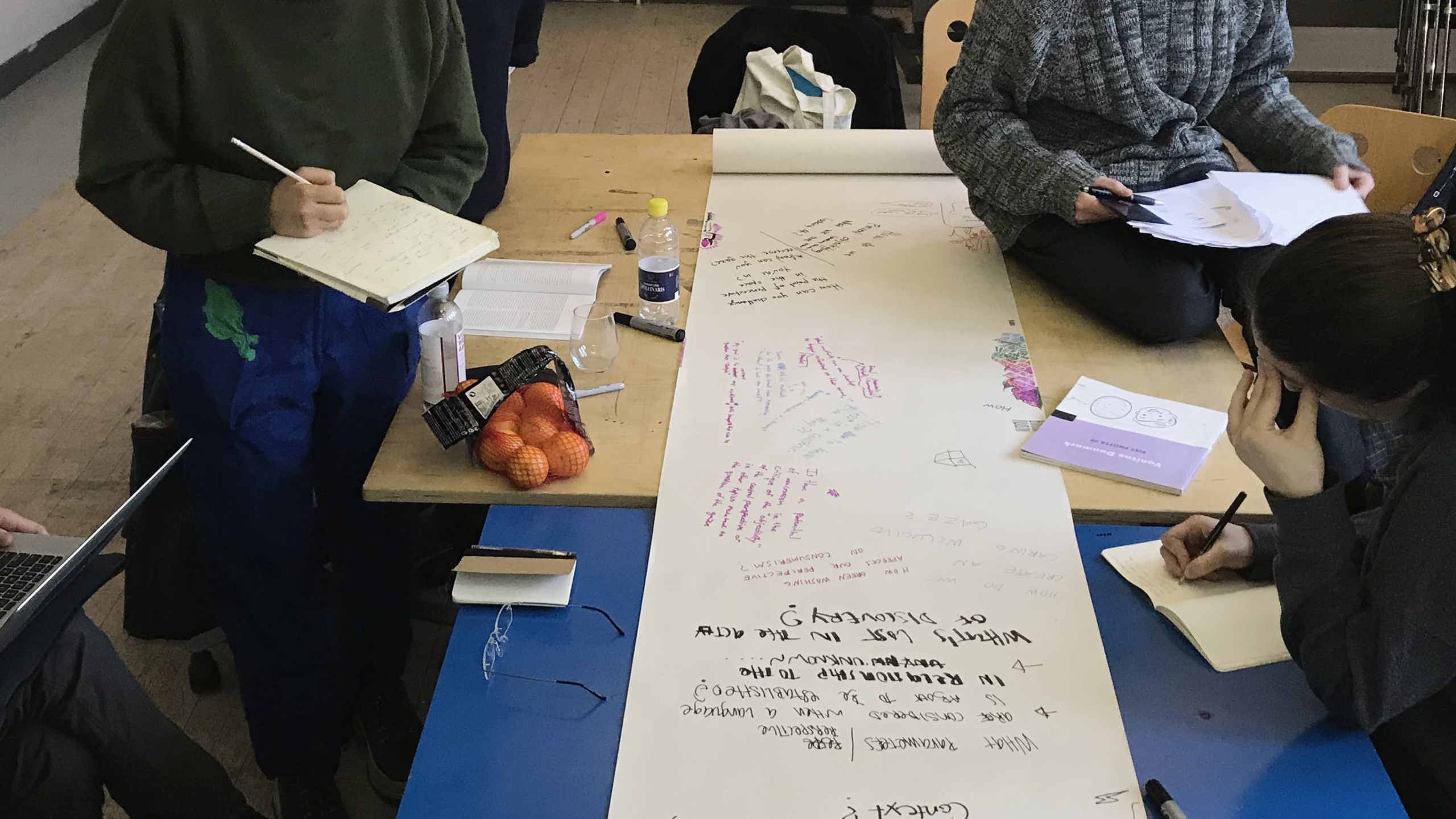 All ethical relation, within or between species, is knit from the silk-strong thread of ongoing alertness to otherness-in-relation, D. Haraway, 2008

How do we create visual representations that support ethical relations across difference?

In past centuries, a majority of art and scientific imagery depicting otherness was created from an observing gaze, a position of power that allowed the observer to speak on behalf of the other and simply produce the other through imagery. The observing gaze has been central to the development and self-image of European modernity. Anchored in dualistic thinking, things and species have been categorized into hierarchical symbolic orders that have fed patriarchal Western hegemony. However, todays focus on climate change and global interconnectedness questions the Western superior self-image, with its increasingly urgent call for planetary awareness and ethical response for change. In this new epoch notions of the other are relational and contingent.

By taking up our own experiences of being witnesses and agents in a complex global network that impact our climate, we will investigate how we visually represent this interconnectedness without being caught in modernity’s dualities and hegemonic thinking.